"In the crucible of war a bond is formed between warriors that unites us like no other human endeavor...stronger than family, thicker than blood."


He was just a boy when the bombs rained down on Pearl Harbor pulling America
into WWII. As he watched the grim images of war flash before him in a darkened
​theater in Bellmore, L.I., he silently vowed to be in the next one.
When his high school friends questioned his decision to join the Marines and go to Korea, he replied: “I
don't want anyone else doing my dying for me.”
He joined the 1st Marine Division  in Korea only weeks before the truce was signed--time enough to get
“shot at and missed,” he would say. His war over, he then pursued a boyhood dream of becoming a fighter
pilot in the U.S. Air Force, flew two combat tours in Vietnam and earned two Distinguished Flying Crosses.
When he wasn’t getting shot at he stood nuclear alert on bases surrounding the old Soviet Union to insure
that mother Russia remained behind her "Iron Curtin."
When Muammar Gaddafi brought down the Senusi regime of King Idris, he was there, training the fighter
pilots of the Libyan Air Force; one of whom was killed on a night mission over Tripoli. In a special ceremony
honoring his fallen friend, the Libyan Commander insisted Vito lead the "Missing Man Formation,” or it would
not be flown. It is one of the many intriguing tales in his new book, "Close Calls and Other Neat Stories.”
Indeed, it was from a life lived during one the most tumultuous periods in recent times that inspired the
author to record his participation in those events while they were still fresh in his mind. Vito Tomasino
started his writing career rather late in life and has written three books, each in a different genre. Yet, each
of them ring with the same authenticity…the same truth that could only come from a man who “walked” in
that history. 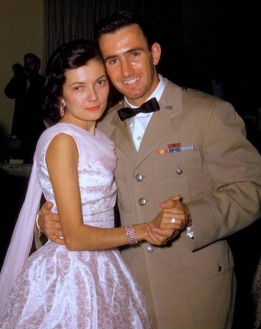 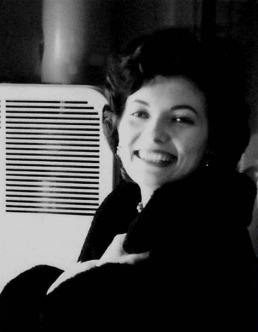